So much joy, sorrow, excitement, anxiety, fear and hope.

January- We started the new year at a new place of worship. Vibrant music, large, alive.

February- We waited patiently for small groups to start, so we could get to know more people. Relationships were made.

March – The boys and I went to Maine during our spring break, and got to spend my Dad’s birthday with him!!

April – I turned 39. For real. (It hurts to even type this.)  Stephen started playing the bass! And he and his friends started a band!

May – A serious car accident that sliced my right hand open, requiring 12 stitches (poorly done). Overwhelmingly supported by my school family, and not so much by our church. We can’t quite use the word family, because even though we tried,  in such a large church it was hard to stay connected to people.

June – The poorly done stitches re-opened, and revealed a great problem in some muscles that should have been repaired at the time. A wonderful Dr. took my concerns and fear seriously and consulted with a surgeon, and I had surgery two days later.  We visited a new church. Smaller, filled with real people, and so alive. It took a few weeks, but it was clear we were home.

July-  My monstrous splint came off, and physical therapy started. My sister came to visit!! We tried to go to an awesome jazz club for our anniversary, but it closed permanently days before our anniversary.  School started with an 8 period day which meant (drum roll please . . . . ) I could teach BAND AND CHORUS!!!  AND…. Stephen started playing trombone!!!  (Which was my instrument in high school and college — and beyond!!)

August – School was great. Physical therapy was great. Church was great. Somewhere around this time, I joined the worship team at our new church. And school? Imagine me doing internal cartwheels ALL THE TIME!! I was teaching band and chorus (what I love) in the most amazing place!!!

September –  My hand improved so much — I am able to do everything that I was able to do before. Play piano, guitar, flute, clarinet, saxophone, trumpet — I can do it all. It is truly a miracle.  School is still amazing. Stephen and I got to go on an amazing school trip to Washington D.C.   It was awesome! So many amazing memories.  Oh — and we moved. Again. Stephen’s band had TWO performances and got better every time!

October – My middle school chorus had their public debut singing at the book fair, and leading chapel one week. I love teaching chorus!!

November – Shared Thanksgiving with an awesome family from church — whose development and use of sarcasm rivals ours! It was so awesome! This is the time of year I miss my family the most — when I would have spent days with them over the Thanksgiving and Maine State Ballet’s Nutcracker production. I loved hearing from members of the orchestra how beautifully my cousin was dancing — but my heart hurts.

December – A whirlwind of preparation for our schools very first Upper School Music Concert. Realizing that I am part of a team, and seeing how all of the parts make a tremendous whole was incredible. The concert itself was a huge success, and I am preparing for a new semester.

Those are the highlights.

If you have followed me from the beginning, you may notice that there isn’t much mention of my own songwriting, or performing. The school year was a tremendous adjustment. And there has been a battle of emotions — fear and humility, and fear and pride, and fear and strength … but the common thread, as you see, has been fear.

In 2018, I will be recording and releasing my first project.

In 2018, I will stop hiding in obscurity, and I will be open. About my plans, my hopes, my dreams, my life, and my faith.

In 2018,  I will treat the video camera like the inanimate object that it is, and stop giving it power over me. (Translation — videos for my YouTube channel.) I will probably also tell you where to find that channel.

In 2018, I will probably still be afraid. But I will believe, and I will act on that belief.

I am excited, and not nearly ready —  but bring it on! 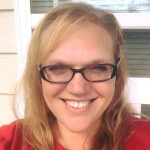 Meredith
meredith@meredithdukemusic.com
Nashville, TN
Meredith Duke is songwriter who put all of her eggs in God's basket when she and her family left security, family and friends in Maine and set out to the wilderness of Nashville in June of 2014. She is highly qualified to speak on BIG dreams, obeying God when He sounds crazy, and stepping outside of comfort zones. Meredith is a lover of coffee, chocolate, and big, soul-warming hugs. Her laugh is audible through concrete walls, and she wears her heart on her sleeve. Writing songs of hope, desperation, and seeking and finding God is the mission that she has been given. She also highly approves the use of the oxford comma, and has a tendency to overuse hashtags.

There are no upcoming events at this time.